← back to
Kill Rock Stars
Get fresh music recommendations delivered to your inbox every Friday.

From The Lion's Mouth 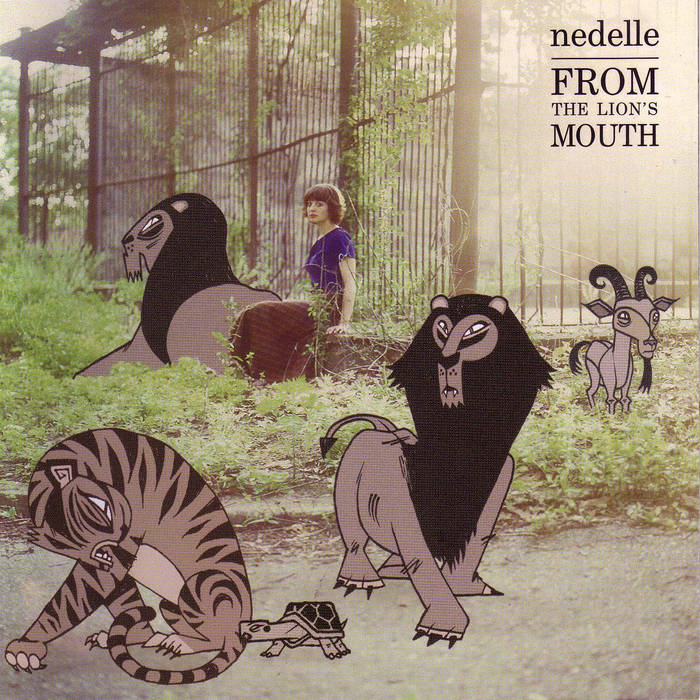 If smooth melodies, bossa nova-influenced chord structures and gorgeous layers of vocal harmony aren't what you expect from KRS, From the Lion's Mouth, the second solo effort from Nedelle and her first for Kill Rock Stars, may take you by surprise. Opening with a simple, plucked guitar line and delicately placed strings, the understated, seductively sunny sound is like crayons coloring the lines of a perfectly drawn coloring book. But it is her voice that you connect with immediately; Nedelle's singing has the intimate quality of Dusty Springfield or Karen Carpenter. "I'm not full-fledged indie rock," Nedelle admits. "I often ask myself what I'm doing in this world when I'm not indie rock, but I don't want to be commercial. I'd love to carve out a niche for myself."

It's a paradoxical line Nedelle has learned to walk effortlessly. Her story is less the indie-rock template of suburban alienation than that of a misfit musical prodigy: she began playing the violin at seven and can't remember a time in her youth when she didn't sing. "My mom was always playing the piano," she says. "She'd be rocking the 'Für Elise' or some other clichéd yet beautiful classical piece all the time." Her father was a jazz drummer who constantly spun jazz records. She remembers listening to the likes of Glenn Miller, Oscar Peterson, Buddy DeFranco, Ella Fitzgerald, and the Andrews Sisters. When she became old enough to choose selections from her father's collection, she would more often explore deeper subgenres of jazz, soul, and bossa nova. "I didn't really even like the sound of distorted guitars until I was 20," she says.

A cassette of four track demos found its way to John Baccigaluppi, publisher and creative director for home-recording-fetish magazine Tape Op. "I get about twenty to thirty CDs a day," he says. "Most of them are crap, but each one of Nedelle's four songs really captivated me. Nedelle's got great songs, an amazing voice, and a maturity in the conciseness of her songwriting that's way beyond her years."

Baccigaluppi recorded her fabulous debut disc, Republic of Two, released on Kimchee records in 2003. The disc made an impression in the KRS camp, and she was invited to appear on the Track & Fields comp. Her first full-length release for KRS, Summerland, a collaboration with Thom Moore released under the Nedelle & Thom moniker, was a critically acclaimed homage to the songwriting of Burt Bacharach and the sound of 60‚s girl groups. But it is with From the Lion's Mouth that Nedelle has truly found her voice, through twelve tracks of dexterous, fluid songwriting and lyrics which evoke an almost child-like joy.

Recorded by Andy Hong at Kimchee Records, From the Lion's Mouth is a compassionate coo that cuddles your ear like a warm whisper. The inflections of Nedelle's singing balance efficacy with a cool restraint; it's elegant and tasteful, sounding classic without coming off as anachronistic.

Bandcamp Daily  your guide to the world of Bandcamp